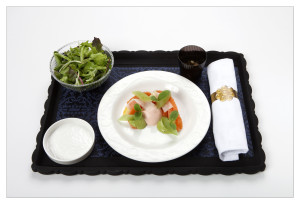 Gourmet dishes at high altitude? Certainly, but creativity is not sufficient. The chef has to find its way out between ingredients and notions of physics and chemistry. The air pressure in the cabin negatively affects boiling water, the air dryness and the vibrations caused by the flight do not allow the taste buds to work as they do on land. As a result, the taste of salt or herbs is reduced by almost 30%, while the acidic flavors remain unaffected. It is even difficult to store wine in the cabin and to get the flavor to remain unaltered. Yet, for some time now, you can eat and drink with great satisfaction during airplane flights. We have to give credits to many chefs and sommeliers who provide their contribution to the various airlines in a culinary challenge during high-altitude flights which cannot be stopped. We have selected the best galleys, we are going to list them in a strict alphabetical order. Let us begin with Air France which makes available on the new table sets signed by the famous French designer Jean Marie Massaud the proposals of two three-star chefs, Regis Marcon and Anne-Sophie Pic – the only French woman to have three Michelin stars – alternating during the year with colleagues Guy Martin, Joel Robuchon and Michael Roth. Haute French cuisine, then, for Premiere and business-class long flights with delicacies such as Bouillabaisse of brill fish with chanterelle mushrooms and shrimps, chicken steamed with flowers honey and lemon, roastead silverside veal together with quinoa real with red peppers and pineapple. The Japanese carrier All Nippon Airways (ANA) instead launched in September 2013 The Connoissurs, a unique team that gathers 26 starred and not starred chefs, sommelier, wine experts, connoisseurs of sake and chefs Ana. A brand which offers passengers a service of exceptional quality with a unique choice of menus varying every three months. And Ana recently launched a new partnership with two 3-star Michelin chefs to offer the best of French and Japanese cuisien: Pierre Gagnaire – Crabmeat Taraba candid with grapefruit and cucumber and roasted Pork cheek Hakkinton are two of his specialties – and Toru Okuda, with its fine cuisine Kaiseki, ancient Japanese culinary art that shows off the essence of the ingredients chosen in their 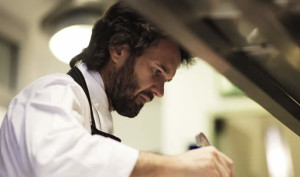 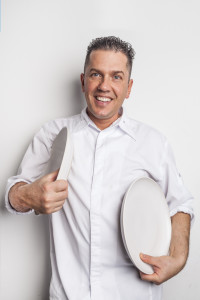 best season of ripening. They are joined by the three-star chef Pierre Hermé, one of the most famous pastry chef in the world. He has not only personally formed Ana confectioner cooks to reproduce his recipes, but he also instructed the crew up to the smallest details on how to serve each dessert. British Airways has been recently named the first airline in the world for the quality and selection of its wine. It won the first prize as the best “Cellar in the Sky”, together with the titles of Best Business Class Cellar, Best First Class Red and Best Business Class White. In fact, the selection of wines by BA, which also features a champagne cocktail, is one of the best among those that can be found on board, including the Champagne Laurent-Perrier Grand Siécle, white Meursault Le Limozin 2007 (Vincent Girardin, Burgundy) or red Château Smith Haut Lafitte 2004 (Grand Cru Classé Pessac-Léognan, Bordeaux). One basic principle for the food & beverage service on board is the possibility for the passengers of having what they want when they want it. In the First class one chooses from menu à la carte created by renowned chefs in the world, with a focus on simplicity, freshness and quality of ingredients. Highly sought are the dishes of British tradition, even if the BA kitchen offers regional specialties from all over the world. Enjoying the comfort of white linen and fine china sets passengers will also appreciate the snacks offered by the Bistro board, the English or continental breakfast and, of course, the classic Twinings tea strictly accompanied by savoury tarts and hot scones. Personalized service with a 5-course menu for Business Class passengers of Delta Air Lines, as well as a rich selection of snacks between the meals and a wine list designed by Master Sommelier Andrea Robinson – winner of the Best Sommelier in America – who completes and supplements your cooking proposals with 24 labels of wine, a champagne and a dessert wine. Starting from summer 2015 on the wine list (on flights between the United States and Europe) there is a place also for the Frescobaldi Castiglioni Chianti 2013, a Chianti Classico characterized by notes of red fruits 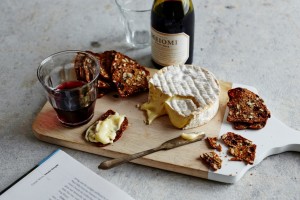 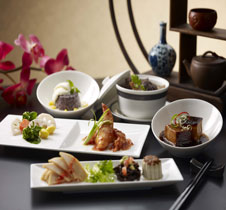 and a complex aroma. In addition there are 17 unique dishes for special needs, from meals for diabetics and celiac to low-sodium cuisine or kosher cuisine. As for the team of top chefs who prepare and supervise the meals on board, Michelle Bernstein (James Beard Award for best chef in the south of the United States) proposes a Latin-American cuisine; Michael Chiarello, main chef in Napa Valley, an Italian cuisien; and Linton Hopkins, owner of two restaurants in Atlanta and proclaimed in 2013 winner of “The Cabin Pressure Cook-Off” from the same Delta and the prestigious American magazine Food & Wine, offers a cuisine inspired to the tradition of the South US with the freshest local ingredients. Starting from this year’s month of February all Delta flights worldwide serve freshly-brewed Starbucks coffee. Dating back to last October, the new KLM chef of the World Business Class is the three-stars Jacob Jan Boerma, owner of the restaurant De Lest Vaassen, who will make the airline cuisine dishes more precious for the whole year. Four of his elabaorate menus will be served on dishes specially designed by the Dutch designer Marcel Wanders by Boerma, before landing and opening of a new restaurant in Amsterdam at the Grand Hotel Krasnapolsky. 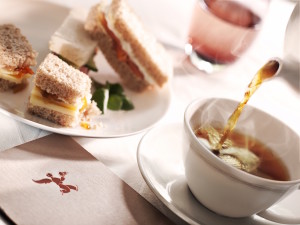 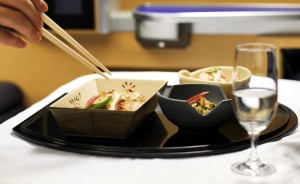 We end up with Singapore Airlines, which boasts among its chefs nothing less than His Majesty Carlo Cracco, who was appointed member of the International Culinary Panel (ICP) of the airline in January 2013, joining a truly stellar team consisting of Alfred Portale (New York), Georges Blanc (Vonnes, France), Matthew Moran (Sydney), Sam Leong (Singapore), Sanjeev Kapoor (Mumbai), Suzanne Going (Los Angeles), Yoshihiro Murata (Kyoto) and Zhu Jun (Shanghai). Cracco’s dishes are served both on European routes and on the intercontinental ones and his presence has reinforced the commitment of Singapore Airlines to provide innovative and tasty choices both in business and in the other travelling classes. In this way you can enjoy his fantastic hazelnut-crusted veal fillet served with mashed potatoes, confit tomatoes and green asparagus, or otherwise his grilled sirloin supplemented with celery and radish. All meals on board are served in precious porcelain dinner sets and crystal glass specifically designed for Givenchy. The wine cellar features the best labels from all over the world, selected by tastes of excellence such as Michael Hill-Smith, Oz Clarke and Jeannie Cho Lee, the first Asian woman to win the title of Master of Wine. And what about the coffee? Italian, of course: an excellent blend specifically selected by Illy. 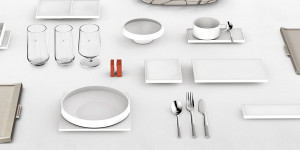 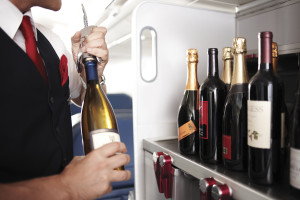