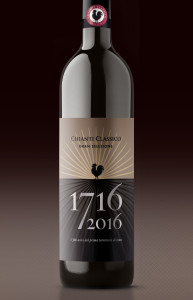 The famous Gallo Nero (black rooster), symbol of the Consortium for the defense of Chianti wine and its original brand, is celebrating three hundreds years anniversary. In 1984 Chianti Classico wine obtained the DOCG, the highest recognition for Italian wines quality. Its socio-economy district includes productive activities in agriculture and tourist accommodation offers of the highest standard. In 1716 Grand Duke of Tuscany Cosimo III fixed the boundaries of the production area of ​​the Chianti wine between Florence and Siena. After 300 years from the date of the historic Edict, Chianti Classico – Classico suffix was added in 1932 to distinguish the original Chianti from the ones produced outside the defined area – it is more enterprising and dynamic than ever. It’s recent history, for example, the reorganization of the denomination and the introduction of the new category of Chianti Classico Gran Selezione (Great Selection), a new type of wine obtained looking at the tip of the pyramid qualitative rather than at the base. An important step that has allowed a renewed success of Chianti Classico in the world, with a market penetration in over 70 countries all over the world, “We are very satisfied about market trends of Chianti Classico – says Sergio Zingarelli, President of the Consortium – a result that at least in part has been caused by the towing generated from Gran Selezione, which relaunched the Chianti Classico on the stage of international critics, placing it among the excellent wines of the world. A result that is the crowning of the great efforts and work of all producers and a premium to the social compact and intelligent and courageous decisions taken together in recent years”. So, behind even an excellent 2015 grape harvest, there will be many initiatives to celebrate the three hundreds years anniversary, with a logo created ad hoc and a slogan that tells the world such as Chianti Classico is “The first area of ​​wine.” “A logo that is also the star of a special sticker – tells DG Consortium Giuseppe Liberatore – affixed to each bottle of Chianti Classsico in all the events organized on the occasion of this important anniversary.” The highlight of the celebrations will take place on September 24 – the exact date of the Edict of Cosimo III – in Florence, but in the course of the year many initiatives will take place. The ninth stage of the cycling Giro d’Italia, between Greve and Radda in Chianti, dedicated to the territory of the Gallo Nero; a storytelling museum tour at the Convent of Radda in Chianti Classico House; the mix fashion and wine that will be featured in September in the shop windows of Via Tornabuoni in Florence and in one of the neighboring streets in Piazza del Campo in Siena; a project for the elementary and middle schools dedicated to the legend of Gallo Nero; limited edition fountain pens made for the occasion by Omas. Moreover, 38 events will take place in the nine municipalities of the Chianti Classico area to welcome the 300th anniversary of Gallo Nero with tourists and wine lovers. 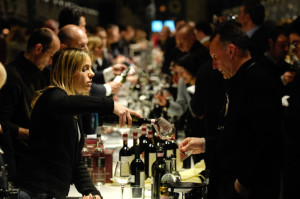 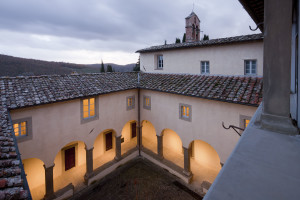