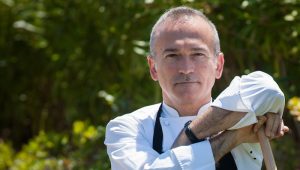 Elio Sironi, Felix Lo Basso and Roberto Okabe will elaborate with their well-known mastery the dinner on Tuesday, the 14th, at the FeelingFood Milano space, which will host “Il Chiosco di Mimì”, landmarks in Milan for those who appreciate gastronomic specialties, especially truffles. An appointment arrived at the second year, which will also be the occasion to celebrate the 60th anniversary of Chiosco’s activity, since 2012 taken over by MGM Alimentari, a historic Italian company specializing in the worldwide marketing of culinary excellence products. So, the chefs at Ceresio Restaurant 7, the starred Felix Lo Basso Restaurant and the Finger’s Restaurants will honor the main ingredient with unexpected combinations from the aperitif of welcome. Next, here is the entrée of Felix Lo Basso: Potato cloud with sea and land truffle, seaweed and crisp wild rice coupled with Ficiligno Magnum 2016 – Insolia – Viognier. Roberto Okabe will propose as a first dish a Black truffle potato cream with shitaki mushrooms, seasonal vegetables and white truffle combined with Ginolfo Magnum 2016 – Viognier. The second of Elio Sironi will be Cod tamburello, roots and pil pil at the white truffle combined with Cimbali Magnum 2011 – Nero d’Avola. And for those who have not yet believed that truffle is not just a tradition and that there are many ways to make the most of it, only on request you can taste it in the boldest version: Cricket tagliatelle served with white truffle flakes. (Dinner starting at 20.00 – Euro 120.00 per person including wines – For info and reservations: federica@feelingfoodmilano.com). 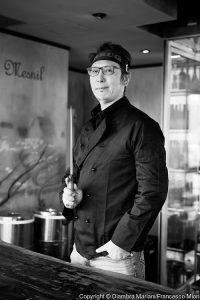