There is no more magical place than New York City to celebrate the New Year. From Times Square to all 5 districts, you can’t miss these events. 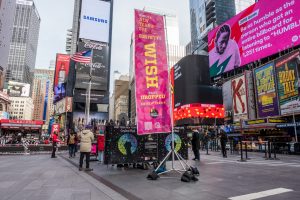 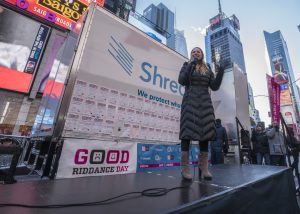 Times Square
The heart of New York’s New Year celebrations is, as always, Times Square, where shows, lights and the iconic countdown clock scanned by the Ball Drop create endless suggestions. In the most famous square in the world the celebrations for 2019 began on December, the 13th, with the display of the two numbers 1 and 9 in giant format, but already from the 1st of the month (and up to 29) it was possible to pin down on Wishing Wall of Times Square Plaza dreams and good intentions for 2019 collected in colorful sheets of paper. Those who will not be able to visit the Wishing Wall in person, can share their wishes, through the website, on Twitter and Instagram with the hashtag #ConfettiWish. At midnight on the 31st all wishes will be launched as confetti on the crowd as a good omen for the new year. While on December, the 28th, from noon to 1 a.m., on Goodwood’s Times Square Square, Good Riddance Day will be held, in collaboration with the company Shred-in, to destroy the bad memories of 2018 and start the new year. But the real tradition is the Ball Drop, the descent of the luminous sphere from the One Times Square skyscraper to the countdown at midnight of the new year. Become an iconic symbol all over the world, the sphere weighs about 6 tons and is covered by 2,688 Waterford crystals, which illuminate the night with over 16 million kaleidoscopic colors. The nearby premises will offer their guests a toast with a view, to celebrate the arrival of the new year. To watch the event live worldwide you can connect to: timesSquareNYC.org, NewYearsEve.nyc and TimesSquareBall.net. 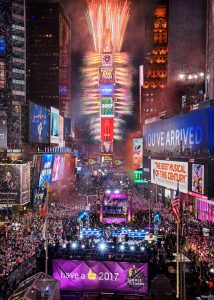 Manhattan
Midtown Manhattan hotels will welcome 2019 with exclusive parties and big celebrations. The New York Marriott Marquis offers a five-course dinner with unlimited open bar and entertainment at The View Restaurant & Lounge, with 360-degree views of Times Square. The Peninsula New York will host two events for the New Year’s Eve: the exclusive Salon Den Ning on the rooftop offers gourmet dinner parties and midnight toast with champagne, while the Clement restaurant becomes the location for a luxurious gala dinner that will continue beyond midnight with music and dancing. Ai Fiori, The Langham Hotel’s restaurant on Fifth Avenue, offers a special four-course menu on request and a New Year’s tasting menu featuring French and Italian cuisine. The Haven Rooftop Lounge, on the top floor of the Sanctuary Hotel, offers a special evening with an open bar, a gourmet aperitif and an exclusive party with DJ sets. Guests can personalize their evening based on the different premium packages offered by the hotel. From 9 p.m. to 1 a.m. on December, the 31th, visitors can enjoy a cruise on board the Circle Line to admire the incredible view of the skyline and the impressive fireworks display on the Hudson River. Live music and midnight toast will be the setting for this incredible evening. The Empire State Building will celebrate the end of 2018 with a colorful LED lighting that will remain on until December, the 31th. Five minutes before midnight the building will turn white to sparkle until dawn on January, the 1st, 2019. From December, the 28th to the 31th, the rock band Phish will return to Madison Square Garden for its 60th performance. The public will be able to greet the new year by singing and dancing the 90s hits. The four-time Grammy winner, Renee Fleming, will perform with the philharmonic and new conductor Jaap van Zweden for the New York Philarmonic annual New Year concert. The NYRR Midnight Run, the New Year’s race in Central Park, is dedicated to the athletes. The departure is scheduled at 10 p.m. from Rumsey Playfield for a 6km route that will end with a fireworks show. A new year of luxury and glamor is the one proposed by the Loews Regency Hotel. The Park Avenue, on the Upper East Side, offers a special package with suite accommodation and celebrations at The Regency Bar & Grill restaurant with dinner, open bar and midnight toast with champagne. All packages must be booked before December, the 28th. 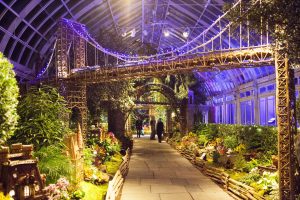 Brooklyn
Visitors are invited to start the new year with Brooklyn District President Eric L. Adams at the 39th edition of The New Year’s Eve Fireworks Celebration, which will take place in the historic Grand Army Plaza in Prospect Park, Brooklyn. The event is free with live entertainment and extraordinary fireworks. This year Coney Island USA will host for the fifth time the annual New Year’s Eve party at Steeplechase Plaza, complete with a firework display from the famous Parachute Jump. For the occasion, restaurants and waterfront attractions will be open, including the Carousell B & B, Deno’s Wonder Wheel and the Thunderbolt roller coaster. A digital ball drop will host 2019 and at 1 a.m. the show Circus Sideshow Fire Spectacular will take place. Also in Coney Island, as usual, on January, the 1st, there will be the first bath in the Ocean organized by Polar Bear Club. Registration is free and the appointment is scheduled at 1 p.m. at the Stillwell Avenue waterfront. At the end of the swim, you can access the New York Aquarium and warm up at the Coney Island Brewing Company.
Queens
Z Hotel NYC, in Long Island City, celebrates New Year’s Eve with a multicultural party featuring a buffet dinner, open bar and midnight toast. The menu includes chest the classic New York Strip marinated on the grill. Resorts World Casino, the only casino in New York City, invites guests to the Bar360 for New Year’s Eve. Several concerts are scheduled, including that of the TKA K7, a New York rap group of the ’90s. In addition, guests will be able to use the more than 4,200 slot machines and 1,300 electronic casino table games. Admission is allowed only to those over 21 years of age.
Bronx
The Yankee Stadium is also preparing this year to convert the baseball diamond into a football field to host the ninth edition of New Year’s Pinstripe Bowl. Visitors can admire and support the best university teams during the annual football match and discover the renowned gastronomy of the neighborhood. Nearby, you can stay in the historic Opera House Hotel. The Holiday Train Show at the New York Botanical Garden will remain open until 6 pm on January, the 1st. This annual exhibition hosts numerous model trains moving within a miniature New York City with over 175 building reconstructions, including news like the Oculus, the One World Trade Center and the Battery Maritime Building.
Staten Island
The Hilton Garden Inn, located on Staten Island in the heart of a protected wood of 167 hectares, will host a gala dinner in its sumptuous ballroom with live music and DJ sets until 1 a.m.. All-inclusive tickets are available which include an overnight stay in the King Suite. 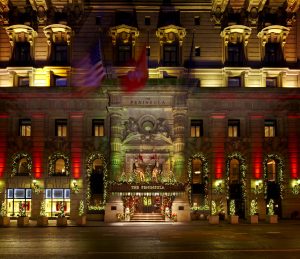 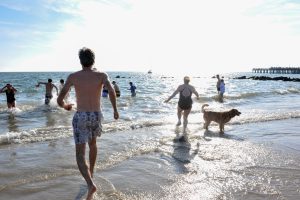