Awarded with 308 stars by the new edition of the Michelin Guide, the city establishes itself as a gourmet capital 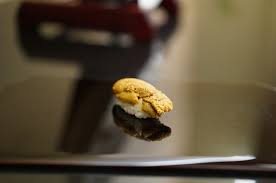 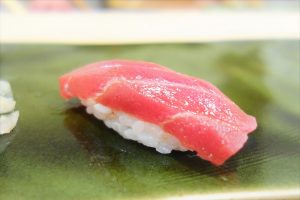 If the arrival of the new year is the perfect opportunity to draw up the wish list of unmissable travel destinations, the capital of Japan is undoubtedly one of the top destinations for all food and wine lovers. In the twelfth edition of the prestigious Michelin Guide, Tokyo shines in fact as the world’s most star-studded city, establishing itself among the gourmet destinations to mark on the agenda: in 2019 the rich offer of top-quality restaurants joins an interesting calendar of food and beverage events able to attract visitors from all over the world. Travelers who like to join the city to discover the gourmet proposals, in the capital of Japan will find 230 starred addresses in which to live culinary experiences of the highest level. The Michelin Guide 2019 has attributed to the restaurants of Tokyo a total of 308 stars, with 73 new addresses entering for the first time in the prestigious selection. The record can be attributed to both the abundance of restaurants in the city, and the great variety of gastronomic proposals, ranging from Japanese tradition to cuisines from around the world. A must for sushi lovers is the Chuo-ku district, where the Kobikicho Tomoki restaurants are located, at its first entry into the direct two-star guide, Harutaka, awarded one star more than the previous year and Sukiyabashi Jiro Honten , which has confirmed its 3 stars for several years. From this year, local specialties lovers can also visit the area of ​​Taito-ku where, thanks to the Onigiri Asakusa Yadoroku restaurant, the Onigiri cuisine is also included in the Guide, characterized by recipes based on rice, often wrapped in leaves of nori algae. In the Olympus of gourmet proposals also the ramen gains space with the entrance into the Guide of Sobahouse Konjikihototogisu, located in the district of Shinjuku-ku, the third restaurant dedicated to the famous Japanese soup of meat, noodle and eggs to get a star. Not just tradition: the city offers many interesting proposals even for those who feel nostalgic for Western flavors, among which three starred restaurants with a menu inspired by French cuisine. The Osier, led by chef Olivier Chaignon, received the third Michelin star, joining the historic tristella Quintessence, while Nabeno-Ism, located in the Taito-ku area was awarded the second star. 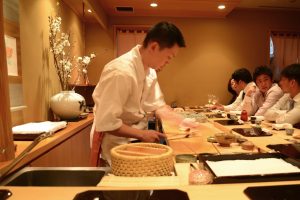 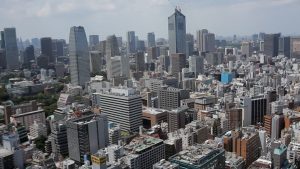