With the opening of the Sine restaurant in Milan, Roberto Di Pinto revolutionizes and broadens the boundaries of gourmet cuisine between iconic dishes and new creativity. 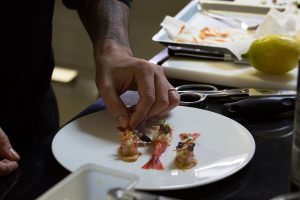 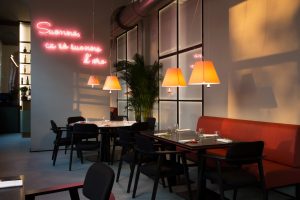 A series of professional experiences of the highest level turning half the planet, then the return to the origins with the desire to tell their roots by covering them with tradition and dreams. And above all with the desire to get involved by inventing and creating a new concept of gourmet catering with Sine – from the Latin “without” – restaurant that offers its quality gastronomy speaking to everyone and not just a small elite, eliminating all that it can represent a useless weight on the plate and on the client’s account. This is the “challenge” of chef Roberto Di Pinto, who started from Naples to the best restaurants in the world to learn from Masters such as Nobu, Beltramelli (pupil of Marchesi) or Ferran Adrià, and then recover their origins with Gennaro Esposito at the Torre del Saracino. An encounter that changed his life and made him rediscover the 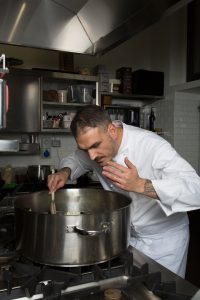 value of home cooking, based on the knowledge of raw materials, the variety of ingredients and those dishes of great Italian popular tradition that the whole world envies. So, since last December Di Pinto is at the helm of his creature Sine, where he proposes his dreams firmly rooted in reality, between great French cuisine and Neapolitan origins, among some of the iconic dishes such as Risotto Milan / Naples and the Babà between sacred and profane alongside new ideas that are as concrete as creative. All in a revolutionary context, the “Gastrocratic Menu”, which provides 5 dishes at € 45.00, because 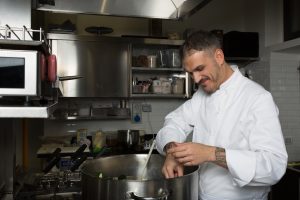 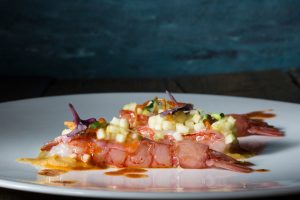 the Gastrocrazia is its way of doing culture, addressing especially to young people with an accessible offer. So much so that Sine every Tuesday offers the Under 25 a table with a fixed menu for € 35.00. While for lunch there also is a “business lunch” formula with dishes suggested by the market. The wine list fully reflects the philosophy of the restaurant, born from the renovation of an old motorcycle workshop and where the simple but refined lines of the furnishings and the sober tones enlivened by the details put at ease customers of all ages. Thus, alongside famous labels, Di Pinto offers less known but high quality wines, the fruit of an incessant research work especially among the Italian regions.
SINE – Ristorante Gastrocratico
Viale Umbria 126, Milan
Open from Monday to Saturday
www.sinerestaurant.com
(Photo credits @Modestino Tozzi) 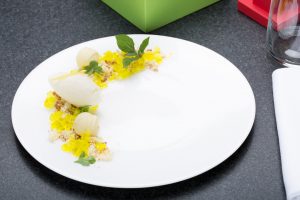 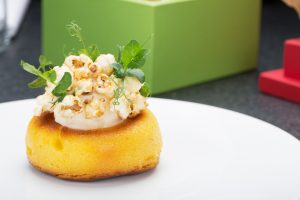