Urban and contemporary style for Carico, an energetic and dynamic bistrot designed for those with appetite and curiosity until late at night. 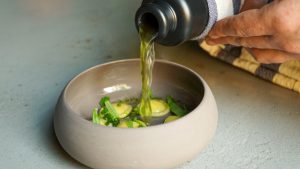 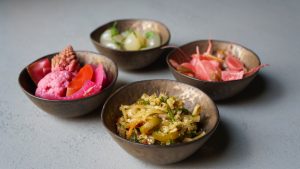 Located at the beginning of via Savona, at the entrance to the design district, Carico is a new cocktail-bistro that embraces the suggestions of the world with energy and dynamism together with everyday life, freshness and seasonality. A place where the sober metropolitan colors combined with iron, wood and concrete predominate and whose large tables have been designed to share, communicate and socialize. In short, a perfect informal approach for those looking for a tasty appetizer, a dinner with friends or want to spend a pleasant moment with a good drink. The cuisine is led by Leonardo D’Ingeo, a young man from Puglia who grew up between Antonio Bufi’s “Le Giare” and “Joel Robuchon’s Atelier” before taking over the reins of a bistro in Corato, his hometown. At the bar there is Federico Turina, who has gained experience in successful clubs such as Langosteria cafè, Dry Milano and Ceresio 7. The menu is full of suggestions declined for all hours, featuring 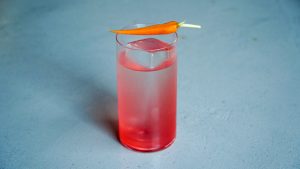 the fresh market and the versatility of each individual ingredient that can be expressed in different forms and textures between food and drink, such as lemon with juice, candied peel, powders and mustards. Then there are the “mouthfuls” from the world such as the pink Shrimp with marasuolo tartar and spinach or the Ramen in cooking pot, the many snacks designed to accompany a good drink, cold cuts, cheeses, pickles and fermented which are added to the daily proposals. Monthly rotation, great quality, affordable price, a place that would like to become a reference point also for professionals, in fact the kitchen will remain open until 2. As for the beverage, there are about 25 drinks including signature cocktails, great classics, italics and martinis that will be renewed monthly. Absolutely unique is the idea of ​​proposing a good part of it also in the Compact tasting version, about half a portion, a dedication to those who want a real journey. The approach is always to give space to all five continents, in fact there are sake and international spirits, along with a rich offer of wines also by the glass.
Carico
via Savona, 1 – Milano 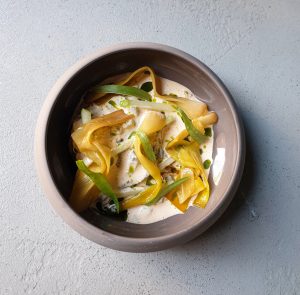 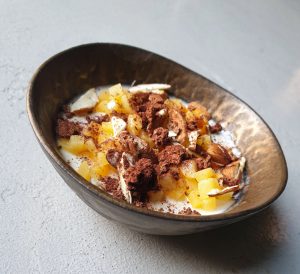