The 57th International Piano Festival of Brescia and Bergamo, entitled  Armonie Sospese (Suspended Harmonies), is dedicated this year to Schubert and Bruckner. 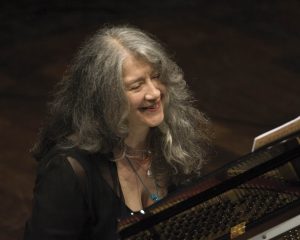 After Schumann and Brahms last year, in 2020 the Festival continues the exploration of romanticism through the two Austrian composers Franz Schubert and Anton Bruckner, whose main musical pages will be performed. The appointment with Armonie Sospese is from April, the 25th, to June, the 13th. The Festival, directed by Maestro Pier Carlo Orizio, will be hosted by the Teatro Grande in Brescia and the Teatro Sociale in Bergamo Alta, making the two cities the cradle of classical music also with the involvement of palaces, churches and ancient cloisters. World-renowned artists and the largest international orchestras have made it one of the most prestigious events in Europe and one of the most important exhibitions in the world dedicated to the piano. Since the beginning, when for five years it saw Arturo Benedetti Michelangeli perform, it has the undisputed protagonist of the piano which, in addition to dominating the scene as a solo instrument, is often also the prestigious interlocutor of the great international orchestras conducted by prominent names. Within this 57th edition, there are numerous references to Maestro Michelangeli, whose centennial of his birth this year, starting with the inauguration with Martha Argerich. The legendary Argentine pianist will open Armonie Sospese accompanied by the Festival Philharmonic conducted by Pier Carlo Orizio with Ravel’s Concerto in G major. As for the historic Philharmonia Orchestra London, it will return after more than 20 years from its last appearance at the Festival directed by Orizio with soloist Giuseppe Albanese, already joined by the Philharmonic of the Festival during the first Italian tour last November. The Athens State Orchestra conducted by Stefanos Tsialis will close the program of the two theaters, for the first time at the Festival, with soloist Federico Colli from Brescia, one of the most talented young pianists on the international scene. Bruckner’s “Romantica” and Grieg’s famous Concerto, recently performed by the Brescia-born pianist conducted by Pier Carlo Orizio with the Royal Philharmonic Orchestra in London, are scheduled. Complete program and reservations: www.festivalpianistico.it 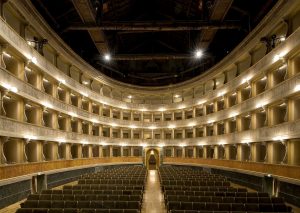 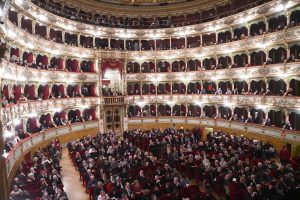