Secret notes and lively notes, hypnotic essences and citrus explosions. The new scents of spring bring a sensual and seductive breath. Even for him 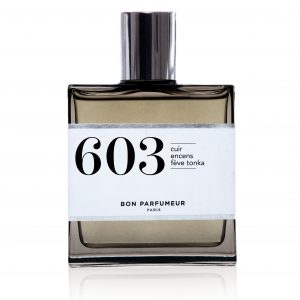 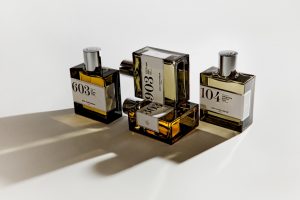 The secret notes of Bon Parfumeur’s Les Privés Collection
Bold fragrances, intense notes that intertwine with each other giving life to powerful and seductive essences: this is the olfactory painting of the new Les Privés collection by Bon Parfumeur. Les Privés is a casket that contains a mysterious universe to be discovered, it is the collection of four surprising and irresistible fragrances capable of transporting the wearer to the new dimension of Bon Parfumeur. Each fragrance is identified, respecting the general mood of the brand, with a numerical code. With a floral green essence, an animal woody counterpoint, the amber and spicy notes are followed by the more intense notes of incense leather. 104 by Bon Parfumeur, created by Corinne Cachen, is the heady fragrance with fresh notes, the sparkling freshness meets the strength of vetiver to give life to an eau de parfum that wants to transport the wearer to nature in its most primitive state, in the first spring days with the soil wet with dew. 303 by Bon Parfumeur is the sensual fragrance by Sodonie Lancesseur, which becomes intriguing and spicy with a pungent accord of chilli, cardamom and nutmeg. The suave sensuality wants to become contemporary by asking for voice and character, it needs to communicate freedom with the sharp game of contrasts. 603 by Bon Parfumeur is an animal woody, fresh and intense Mylène Alran, in this creation, creates sensuality with intoxicating leather and tonka, mystery and intensity with the intense and dark opening entrusted to incense. 903 by Bon Parfumeur is Serge De Oliveira’s story for an eau de parfum with an animal nature steeped in eroticism and mystery. A fragrance that evokes a physical eroticism and goes towards a deep and elegant essence thanks to a woody oud and sandalwood. We are on a surprising journey that becomes enveloping in which to pamper yourself and let yourself be carried away by dreams. Les Privés 30 ml – 52.00 Euro | 100 ml – 115.00 Euro. Bon Parfumeur is distributed in Italy by Finmark in a selected number of perfumeries and can also be purchased in the e-boutique https://www.finmark.it 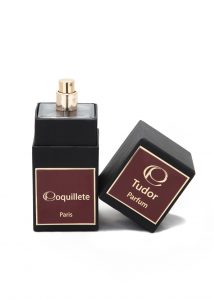 The deep notes of Tudor by Coquillete Paris
“The roses fall, the thorns remain”. Proverb Symbol of the end of the Hundred Years War, the Rose of Tudor represents the peace that comes after a long journey, it is the demonstration of how every human existence and every life has to deal with lacerating wounds, unexpected obstacles, which prevent us to reach the intimate part of ourselves. A fragrance that removes all the ephemeral trappings and presents itself in its raw beauty, a flight of petals blown away by the autumn wind, a tangle of bushes, woods, roots, earth. A metaphor that is nothing more than a hymn to life, in its essential and primordial form. Deep and enigmatic notes that dig deep with a sweet and amber return. Extrait de Parfum, unisex, 100mL – 130.00 € https://www.coquilleteparis.com/it

Tourbière, the lively elixir of Coquillete Paris
A bitter almond dipped in Cuban rum that turns into a lively elixir thanks to lime and soft Madagascar vanilla. The entrance is surprising thanks to the earthy and moist peat, with a hint of licorice in the distance. A citrus and slightly alcoholic explosion that hides a balsamic and woody heart. A strong and soft fragrance, warm and enveloping like a silky charcoal velvet. Accord of bitter almond, Madagascar vanilla with hints of Cuban rum, lime and peat. Extrait de Parfum, 100mL – 130.00 € https://www.coquilleteparis.com/it 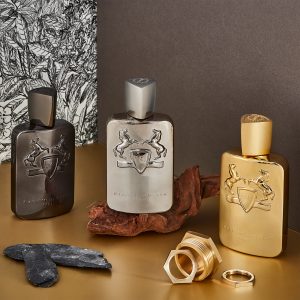 Pegasus Exclusif: the portrait of contemporary man
Parfums De Marly welcomes its latest olfactory masterpiece that celebrates, like the other fragrances of the brand: the splendor, extreme elegance, nobility, the golden age of perfume. Pegasus Exclusif, a creation that draws, through its notes, the portrait of contemporary man in all his freedom, his deconstructed masculinity, complete extraneousness to any type of stereotipe, becomes part of the Le Métalliques collection:. Today Pegasus takes on a new identity and becomes even more powerful transforming itself into Pegasus Exclusif, a hypnotic and engaging essence that keeps its mark with bitter almond and vanilla, a “code” that portrays all the serene virility of man of today. Manhood, which does not need to be shown as a label, sensuality is manifested through the notes of vanilla, fused with an oriental touch of amber, sandalwood, natural oud and guaiac, combined with floral heart notes of jasmine , lavender, bitter almond and geranium and, finally, a refined balance of fruit and spices including bergamot, pink pepper, cardamom and heliotrope. Pegasus Exclusif, EDP 125ml – 255.00 Euro, Pegasus Exclusif, EDP 75ml – 200.00 Euro. Parfum de Marly can be found online at https://www.finmark.it and in a selected number of perfumeries. 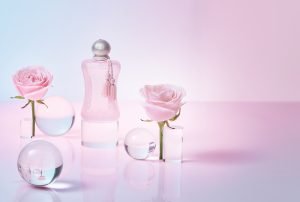 Delina la Rosée, a sensual and feminine ode
After conquering the female universe in 2017 with Delina and later with Delina Exclusif, Parfums de Marly adds to the collection a new work capable of delicately intoxicating. As well as all the fragrances of the Maison, Delina La Rosée brings us back to the world of the Scented Court of Marly and this time it is a tribute to the custom of the French women of the eighteenth who moistened the handkerchiefs with dew to pass on the face to hydrate. It is a perfume extract translates into olfactory notes the image of the dewdrop that kisses a rose in the morning upon awakening. Julien Sprecher, founder of the Maison, in describing Delina La Rosée says that it is the fruit of her olfactory memory, it is the emotion he felt as a child when he woke up early to run into his grandmother’s rose garden to smell that unique scent of rose and dew before it dispersed. In this fragrance, a set of precious ingredients come together to give life to a bouquet as delicate as it is rich in modernity and character. The notes of transparent flowers and peonies take on character thanks to the encounter with the multiple notes of Rose, first of all Rosa Damascena, creating sometimes fresh, sometimes velvety, but also impertinent and contemporary declinations. The notes of pear, lychee and bergamot add a touch of radiant and soft grace. The base notes of wood, white musk and vetiver leave a truly original trail. Delina La Rosée is an olfactory ode that is presented in a precious bottle, in line with the other fragrances of the Maison, in pink satin glass (75 ml – € 205.00). The brand is exclusively distributed in Italy by Finmark (www.finmark.it). 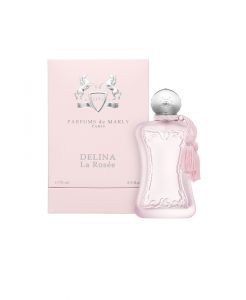