Emmy Stoel, General Manager at Sofitel Legend The Grand Amsterdam, has implemented a series of sustainability and safety initiatives with a project that represents a perfect example of a circular economy. 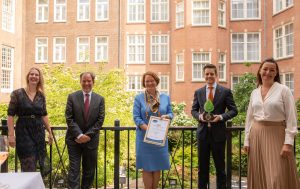 There are few women who become General Managers of great hotels and even fewer are those who win prestigious awards. For this reason, the recognition assigned to “The Grand’s Social Engagement during COVID-19”, which won the “EHMA Sustainability Award by Diversey 2021, now in its tenth edition, takes on an even greater value. The project carried out by Emmy Stoel, D.G. at Sofitel Legend The Grand Amsterdam, it carries out an extraordinary series of initiatives in the field of sustainability and aims at the safety, care and well-being of people with the aim of helping the local community. A project that represents a perfect example of circular economy and that collaborates to make the company’s brand stronger and more competitive, contributing to its growth. “Our industry was hit hard in 2020. It was no longer possible to commit financially to social issues, so we went differently,” comments Emmy Stoel. “We have set ourselves the goal of partnering with various local and national charities that care for the well-being of people. During the year we focused on supporting existing projects    mainly in Amsterdam and the surrounding area aimed at education, the fight against waste in general and food in particular, 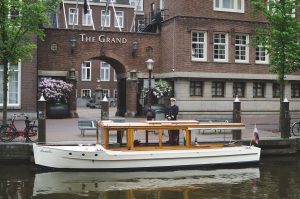 helping the poor, the elderly alone, and so on. We will certainly continue to support the community with our social commitment actions that are part of our ‘The Grand’s Social Engagement during COVID-19’ project and we will not fail to seek further collaborations with local and national charities “. The award was established ten years ago by EHMA – European Hotel Managers Associations in collaboration with Diversey, a company that constantly provides revolutionary technologies for cleaning and hygiene and is awarded to an EHMA member who has successfully implemented an innovative project of sustainability in the previous year. Over the past decade, Sofitel Legend The Grand Amsterdam has integrated numerous sustainable practices into its operations with the aim of creating a better future. An important investment that has significantly reduced energy consumption, for example. Furthermore, The Grand is proud to have obtained the Green Key Gold certification, which represents the highest standard of excellence in the field of environmental responsibility and sustainability in the tourism sector. To cite a few examples of the numerous sustainable initiatives undertaken by Sofitel Legend The Grand Amsterdam, the entire garden is irrigated with collected rainwater, an urban roof garden has been installed whose products are used by the kitchen and some of the roofs of the hotel are covered with grass. The hotel is strongly committed to the fight against food waste. Each day, The Grand offers several “Magic Boxes” at a reduced price via the “Too Good To Go” app, containing a full breakfast. Coffee waste is used for the cultivation of mushrooms which are used for salty snacks and the orange peels go to a company that makes a liqueur from it. Environmental improvements within the hotel during COVID-19 include eliminating the use of plastics, fighting waste of all kinds, and supporting organizations that recycle products and help the less fortunate. Thanks to the actions taken, waste has decreased significantly. For a social engagement project currently underway, caps are collected for the KNGF (organization for training guide dogs for the blind). All hotel staff, called “Heartists”, use reusable face masks and washable wipes. 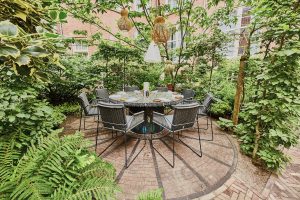 The Grand team has been busy distributing fresh tulips to city council employees and cleaners in Amsterdam to thank them for their hard work and commitment during the pandemic, as well as to several retirement homes to support lonely elderly people. The chefs in the kitchens baked cakes that were distributed to all police and fire stations in Amsterdam. Guests are kept informed of all community activities via social media channels and the hotel website. Emmy Stoel is a highly experienced General Manager with an important history in the luxury hospitality industry, expert in gastronomy and management. She is a graduate of the Hotel Management School in Maastricht and a GMP from Cornell University, starting her career in 1989 at the Hotel de Arendshoeve. In the following years she held various executive positions at Hilton hotels and Hotel Okura Amsterdam, where she worked for 6 years as CEO. The Accor Group appointed Emmy Stoel to the position of General Manager of Sofitel Legend The Grand Amsterdam in 2019, thus strengthening the company’s commitment to gender equality. 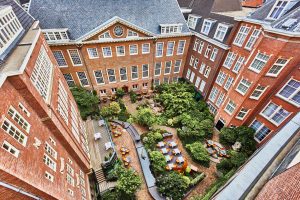 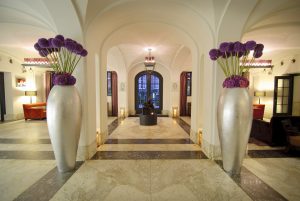