Hilton presents the four new gourmand creations developed as part of the annual Flavor & Fair competition that will be featured on the menus of seven Hilton hotels in Italy and 145 hotels in Europe, the Middle East and Africa. 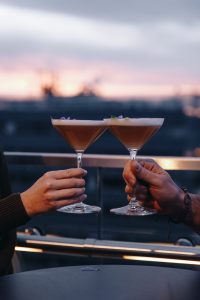 Long-time pioneers in taste, the kitchens and bars of Hilton hotels over time have given birth to some recipes that have become internationally famous. Not everyone knows that, for example, they are signed by Hilton the Piña Colada, one of the most popular cocktails in the world; the Waldorf salad, invented in 1896 at the Waldorf-Astoria Hotel in New York, or the Red Velvet Cake, also created by a chef at the prestigious New York hotel. Precisely in the sign of this tradition, Hilton wanted to create four new gourmand creations that from now on will be on the menus of seven Hilton hotels in Italy and 145 hotels in Europe, the Middle East and 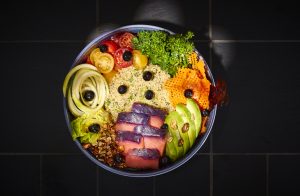 Africa. The brand new gastronomic proposals were developed as part of the annual competition launched by the “Flavor and Flair” Group, during which the talented members of the Hilton Food & Beverage teams from these areas of the world met. The new “emotions” of taste that we will no longer be able to do without are represented by two cocktails, a bowl and a cake. The “Simia Sour” is a cocktail with a tropical atmosphere in which the very young mixologist Andrea Volajova of the Hilton Prague has perfectly balanced botanical aromas, gin, spicy lemon juice, cranberry juice and a foam of egg white. The non-alcoholic “Zingreen Forest” by Mohammed Hassan, bartender at the Hilton Hurghada Plaza, is a healthy mocktail full of 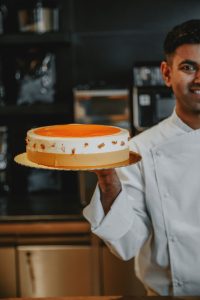 delicious green tea, aromatic ginger water, lemon juice and sweet honey, finally with a touch of mint that gives a sensation refreshing. Chef Pedro Caetano of Conrad Algarve, on the other hand, is the creator of the “Rainbowl Salad”, an extraordinarily energetic bowl inspired by the colors of the rainbow. The creation includes salmon with blueberries, quinoa and black chia, salted granola and a whole range of vegetables and exotic fruits. And finally, here is the 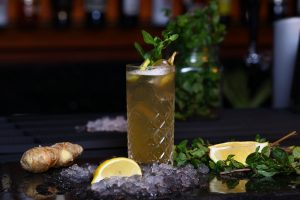 moment of sweetness with the “Belle Provence” cake for which the chef Ankit Rajak of the Hilton Salwa Beach Resort & Villas took inspiration from his grandmother and Provencal products: a delicious six-layer sponge cake welcomes a surprising combination of fresh rosemary, sweet almonds and juicy apricot compote.