Available from early November, Echo Studio is the Echo device with the best sound ever, the first intelligent speaker to offer an immersive audio experience with Dolby Atmos. 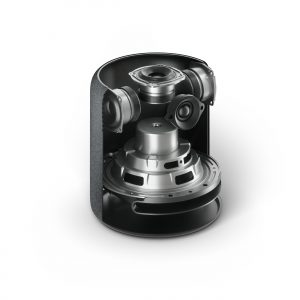 In a stylish house the sound system is special, not trivial. Once they put speakers everywhere to try to reproduce the cinema effect, with the problem of sowing wires and cables everywhere. Fortunately, the wireless revolution has solved the problem, giving space to creatives to increase the level of design. In all this came the Amazon revolution, which thanks to Echo devices entered a market that was not the core business of the company, but which later became thanks to Alexa. That is the virtual assistant. The striking example is the latest born Echo Studio, specially designed to create superior sound with clarity and depth. But also beautiful to exhibit in what was once called good living room and which today is summed up in the word “living”. Its 13.3 cm and 330 W maximum power woofer produces deep and rich bass by using the bass opening, located at the bottom, so as to maximize the air flow and therefore the bass output from the woofer. The speaker is also equipped with a 2.5 cm tweeter and three 5 cm midrange speakers, which deliver clear mid-range frequencies and high dynamic frequencies. In addition, it has a 24-bit DAC and a power amplifier with 100 kHz bandwidth for high resolution music without dispersion. It is highly technological: it automatically detects the acoustics of the environment and optimizes the audio reproduction to offer an optimal sound, regardless of where the device is positioned. And it is also the first intelligent speaker to offer an immersive audio experience, using Dolby Atmos and Sony 360 Reality Audio. Echo Studio also allows you to have cinema at home: it is possible to combine one or two devices with certain Fire TV devices (here the instructions: //www.ipresslive.it/comunicates/26521/alexa-home-theater) for reproduction audio with multi-channel sound and support for Dolby Atmos, Dolby Audio 5.1 and stereo audio. In short, to also have the surround effect. It also features a Zigbee Smart Home hub that can be used to control compatible smart home devices. Ultimately: not only technological, but also fascinating in form. And above all really incredible as a price, if we compare the performances to those of the audio competition. It is on sale for € 199.99, which makes it the perfect Christmas gift.
For other information and technological innovations: www.trameetech.it 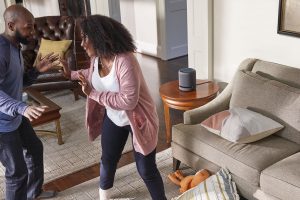