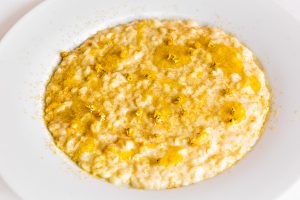 An old restaurant that has the courage to innovate successfully. Antica Osteria La Rampina is always an address of choice for all the fans of the authentic Milanese cuisine, just think that the Master Gualtiero Marchesi dinner here every week. But the charm and cuisine of the “oldest Local of the province of Milan still in business” (award given to the restaurant by the Milan Chamber of Commerce) also remain unchanged in a generational change that sees the young Luca Gagliardi as the executive chef. Luca is one of the sons of Lino, the owner, with whom he shares the stove in a perfect harmony of flavors, scents, old recipes and innovation. Situated in a beautiful house of the sixteenth century on the outskirts of the city (in Rampina fraction of San Giuliano Milanese, Via Emilia), with its centuries-old wisteria framing the front and welcoming guests, La Rampina offers simple and authentic 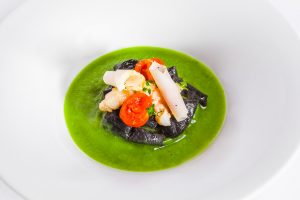 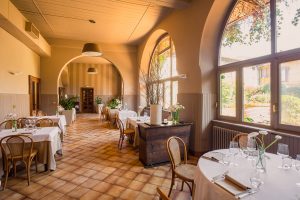 dishes that allow to travel in the best Italian cuisine, including a tribute to Milan and Lombardy tradition desired by Lino Gagliardi since the early 70s and the creativity of the child vein. Specialized in Le Buerehiesel Strasbourg under the guidance of the three starred chef Westermann and then just a Marchesi student at Albereta, where he learned the lessons of simplicity of the raw material and the artistic sensibility, Luca Gagliardi also managed the restoration of the country house Villa Collepere in the Marche for 4 years and then he decided to continue the family tradition. Putting all his young passion, that desire of new that keeps firmly rooted in thorough research of the most genuine raw materials and in their new handmade version. So from his kitchen guests can find small masterpieces such as the Nettle soufflé with potato cream and crumble lavender, Risotto with lemon, smoked cheese and chamomile or even the Raw amberjack marinated in ceviche, tomato confit and sorbet red onion. All it is accompanied by more than 800 fine wines, including red, white, rosé and champagne that rest in the sixteenth and impressive wine cellar that the sommelier Lorenzo and Dino (respectively son and son in law of the householder Lino Gagliardi) combine with skill to dishes. Antica Osteria La Rampina is also available for events, while Monday to Friday offers a business lunch menu 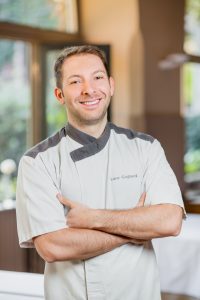 that changes weekly, to ensure guests variety and seasonality in the most delicious and gourmet lunch breaks. The Lombard specialties and the special combinations specially created by Chef Luca Gagliardi are served with a mise en place sophisticated yet fresh in the Sala della Corte, which accommodates up to 70 people and is embellished with striking glass arches, in the Sala del Camino (for 40 people), which surrounds guests in a romantic atmosphere thanks to the precious sixteenth fireplace and in the exclusive Scuderia, with beautiful exposed brick and directly overlooking the internal courtyard. The magnificent private garden in fine weather is transformed into an additional open-air lounge and right here from next May every Thursday dinners evening will be enlivened by live music by a jazz band. And for those who want to steal some secret to the chefs here are the Cooking Classes, after which it is issued a certificate of participation during a gala dinner. 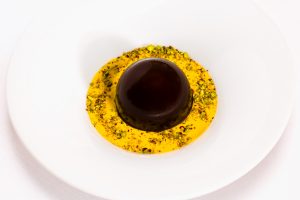