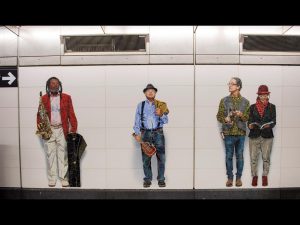 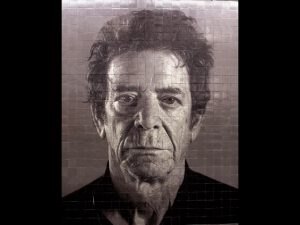 Not only museums. To breathe and immerse yourself in the art, in New York just take the subway, the Second Avenue Line to be exact, veritable underground museum of contemporary art. This is where Sarah Sze, Chick Close, Vik Muniz and Jean Shin have been called to represent through their colorful mosaics the origins and history of NYC. After more than 90 years of planning, 10 years of work and an investment of $ 4.4 billion, the extension of the Q line on the Upper East Side in January saw the conclusion of the first phase of the work with the opening of the first three new stops (72nd Street, 86th Street and 96th Street) and the renewal of the Lexington Avenue-63rd Street trading station. The Second Avenue Subway crosses one of the most elegant neighborhoods of New York City’s Upper East Side, which not only houses the boutiques of major brands, restaurants and trendy cafes, but also represents an important cultural hub of the Big Apple thanks to some of the greatest museums throughout NYC, the Metropolitan Museum of Art, the Solomon R. Guggehneim Museum, until the last arrived, the Met Breuer, opened in March 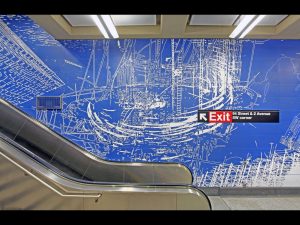 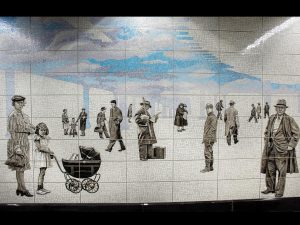 of 2016. Every entrance is decorated with a different shade of blue and with a different artistic style. Lexington Avenue-63rd Street Station was enlarged and enriched with the series of mosaics “Elevated” by artist Jean Shin, inspired by the old Third Avenue elevated train. 72nd Street is the first of the new Second Avenue Subway Station decorated with life-size portraits “Perfect Strangers” bt Brazilian artist Vik Muniz, who represent ordinary people who lives and works in NYC. 86th Street is one of the busiest stations of the Second Avenue Subway for its central location in the Upper East Side. The station walls are decorated with “Subway Portraits”, work of the famous artist Chuck Close: it’s 12 portraits of artists and musicians created with the mosaic technique. 96th Street, currently last stop on the line, is decorated with “Blueprint for a Landscape” made with blue porcelain by Sarah Sze. On the tiles are reported of the drawings which depict familiar objects involved in a vortex that takes speed and develops along the walls of the whole station. 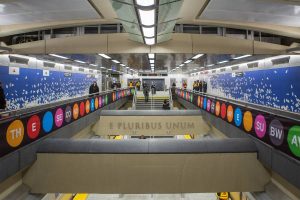 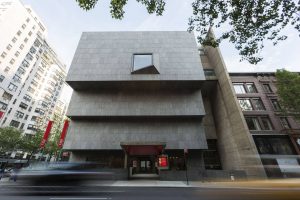