We met Carlo Cracco, about to open his new Milanese 5 floors restaurant in Galleria Vittorio Emanuele. 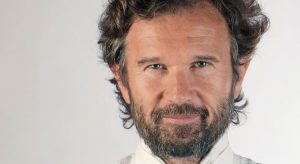 By Marco Lombardo
The date is in Via Victor Hugo, where the overturned chairs on the tables look down one of the myths of Italian cuisine. There is a silence that speaks, seventeen years are not few, interrupted only by the typical noises of a moving: soon there will be nothing left of what has been and Carlo Cracco will begin his new adventure in Galleria Vittorio Emanuele: Here we started in November 2000 with the first dinner. Leaving a restaurant is leaving a part of your life, leaving this restaurant you can imagine what it is. If I close my eyes I can see who ate at which table and what: presidents, musicians, artists, characters of all kinds have passed. Seventeen years, the most important part of my life. But I’m not sad: this place does not close, there will be something else. And Cracco goes on. We go forward. We are seated at a small table in one of the underground floors: the real success has been to make an icon a restaurant that stretches only downwards, without windows. Almost a bunker, where the secrets of one of the most famous chefs in Italy were born. And it’s certainly not a Michelin star unless it makes it less glamorous. The voices echo a little, but a little emotion is felt. And if one were to think of being in front of the TV chef, he was wrong. Carlo Cracco, in fact, does not scream. Nothing “yes, chef!”, It is natural to give of yourself, in the end – as he says in advertising – it is only Carlo. And Carlo begins to tell, almost in a whisper: In the Gallery we’ll open in February, my wish is that. However we are there: as soon as we take possession of the kitchens we leave. Then it will take a month to go to full capacity 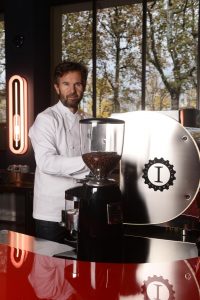 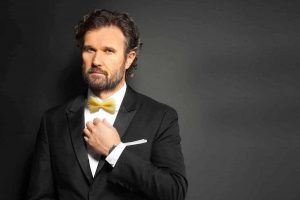