After the success in Perugia, Il Vizio Restaurant has inaugurated in Milan its innovative gastronomic format with a double soul: refined Italian cuisine and sushi of the highest quality. 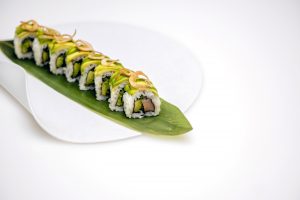 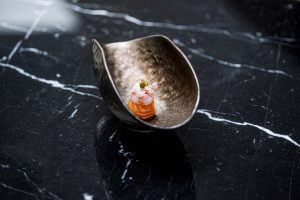 Il Vizio Restaurant opened on 30 September inside the Hotel Sina De La Ville, near the Duomo and the Teatro alla Scala.
The restaurant area has been completely redesigned by the established Studio Marco Piva in Milan, which has carried out a meticulous restyling of the ground floor and the raised one in the unmistakable Milanese style. It is in this elegant and cosmopolitan setting that Il Vizio di Milano allows you to experiment with two cuisine proposals: sushi and raw foods on the one hand and Italian specialties on the other. Two proposals that play the “mix and match” card, however, allowing diners at the same table to draw on both menus at the same time, in a contamination of ideas, flavors and gastronomic philosophy 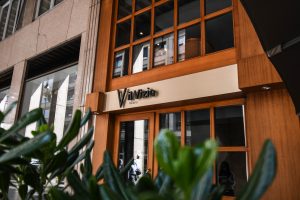 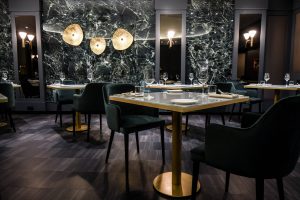 capable of satisfying the most curious palates and guaranteeing the same time the right comfort zone. The ethnic format bears the signature of Marco Gargaglia, the chef of the Il Vizio restaurant in Perugia, recently awarded the prestigious ‘Tre Bacchette’ award by Gambero Rosso. The task of making sushi and raw dishes day by day was entrusted to chef Taro Shimosaka. The menu includes a wide selection of tartare and carpaccio, sashimi, nigiri, gunkan, hoso maki, uramaki and a selection of oysters all of the highest quality. The exquisitely Italian line of cuisine is instead entrusted to chef Andrea Ribaldone, who as an exceptional coach makes available all his knowledge and experience to expertly guide the brigade led by chef Luigi Fortino. The proposals, ideal for a tasty lunch break and a refined dinner, are contained in an à la carte menu that includes a choice of 4 dishes for each course, including a selection of salads.
www.ristoranteilvizio.it 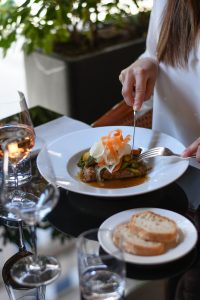 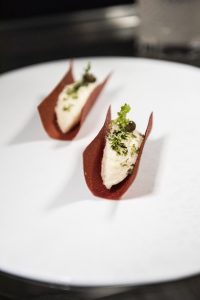