Grandi Giardini Italiani “L’essenza del Paradiso” is the new volume signed by Franco Maria Ricci Editore that celebrates the beauty of the many green spaces in Italy. 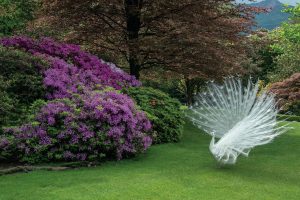 Grandi Giardini Italiani, a cultural company founded with the aim of enhancing and promoting the most beautiful gardens in Italy and including them fully in the national tourism proposal, is 25 years old. For the occasion, the Franco Maria Ricci publishing house presents the volume  “L’essenza del Paradiso” (The essence of Paradise), which celebrates the 147 gardens in 14 different regions that make up the Grandi Giardini Italiani network, accompanying readers to 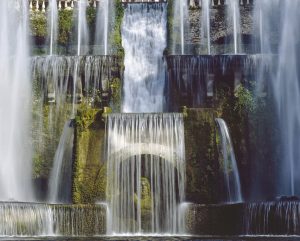 discover our wonderful green treasures. At the opening, Judith Wade – founder and CEO of Grandi Giardini Italiani – talks about the long and sometimes winding road that led to the realization of the dream of bringing together the owners and curators of these corners of Paradise under a single network. The volume is enriched by the essay by the writer and journalist Delfina Rattazzi: an itinerary that runs through the surprising variety of our green spaces, the world in its own right and the very personal story that each of them tells. There are gardens that speak of botanical passions, as in the case of the wonderful Moutan Botanical Center, in Vitorchiano, which houses more than one hundred and fifty thousand plants of over six thousand varieties of Chinese peonies. Other times it is the desire for originality that pushes its creation, as in the case of Isola Bella, one of the greatest examples of Baroque gardens that stands on a mound on Lake Maggiore: a riot of flowering plants, pools full of water lilies, centenary trees and meadows where white peacocks walk. Still others are the result of a long journey of knowledge, as in the 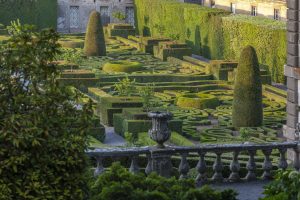 case of the Botanical Garden of Palermo, an institution that preserves immense botanical knowledge with over twelve thousand species on display. In summary, an anthology edited by the art historian Caterina Napoleone who, through a careful selection of texts, some better known and others less known and original, leads on a literary walk through the gardens created by the words of the writers, by those of antiquity, now lost, up to the present day. The texts are accompanied by magnificent 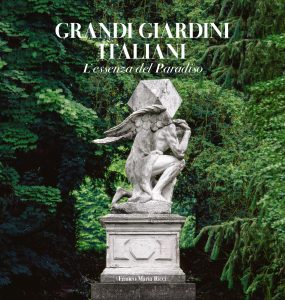 full-page images of the most beautiful views, the hidden corners and the most evocative views, which allow you to admire this important and fascinating part of our cultural and natural heritage. Looking forward to visiting them in person, of course.
***
Grandi Giardini Italiani. L’essenza del Paradiso
Pages: 276
Texts by Judith Wade, Delfina Rattazzi and Caterina Napoleone
Format: 28.5 x 30
Price: € 70.00