The observatories, terraces, rooftops and elevated parks of New York are constantly evolving. Here are the most beautiful and new viewpoints of the Big Apple. 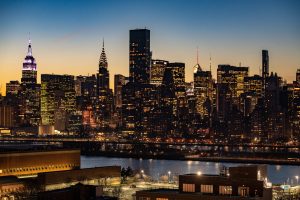 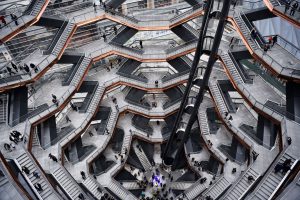 Edge, the new Hudson Yards panoramic terrace will be inaugurated on March, the 11th. With its 345 meters in height it will become the highest open-air observatory in the entire western hemisphere. From the terrace you can enjoy an unprecedented view of the city and its surroundings and the bravest can also live an unprecedented experience in New York City: to walk on a transparent glass floor with the feeling of being suspended in the void. In the interior spaces, on the 100th and 101st floors, there will be a champagne bar, a restaurant and an event space. In the nearby Public Square of Hudson Yards is instead Vessel which, since its inauguration a year ago, has already become one of the symbols of Manhattan. The structure with a particular honeycomb shape, covered in bronze, consists of 154 flights of interconnected stairs, more than 2,500 steps and 80 panoramic platforms that offer ever new views of the Hudson Yards complex. Last year the Empire State Building completed its restyling: the observatory on the 102nd floor was reopened and thanks to the glass walls it allows you to enjoy a 360° unobstructed view. Among the novelties there also is an interactive museum on the 2nd floor and 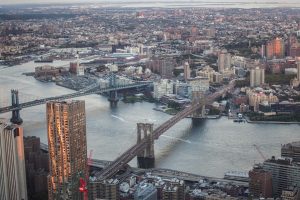 “NYC: Above & Beyond” on the 80th floor, an interactive experience created in collaboration with NYC & Company that helps visitors plan their itinerary in the five districts. The One World Observatory, the Lower Manhattan observatory located in the tallest building in the western hemisphere, celebrates its 5th anniversary in 2020. Arranged on three levels (floors 100, 101 and 102), with large windows that guarantee an optimal view, it also has a cafeteria and offers interactive guided tours and much more. From the three levels of the Top of the Rock Observation Deck located on floors 67, 69 and 70 of the Rockefeller Center, you can admire a 360° view of the city and the greatest symbols of New York, such as Central Park or the Empire State Building . A few floors below, the SixtyFive Bar, in front of the iconic Rainbow Room, is a breathtaking location perfect for an aperitif or an effect dinner. High Line, an elevated park born from the recovery of a disused railway line, winds for 2km between the buildings on the west side of Manhattan, along the Hudson River. In its recently inaugurated section, the High Line Plinth, large-scale artistic installations are presented in rotation. The 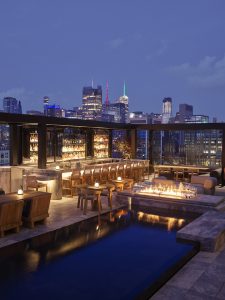 Metropolitan Museum of Art celebrates its 150th anniversary this year. After visiting the renovated British Galleries, which will reopen at Fifth Avenue on March, the 2nd, you can climb the museum’s rooftop to admire Central Park. During the summer, the terrace is set up with works of art and becomes an exclusive setting for an aperitif or cocktail. And speaking of drinks with a view, in the Brooklyn Heights district, the Harriet’s Rooftop of the 1 Hotel Brooklyn Bridge offers cocktails and creative dishes by the pool overlooking Lower Manhattan and the Brooklyn Bridge. For a special sunset, towards Long Island City, Queens, where the rooftop bar of the Boro Hotel and the Savanna Rooftop of the Z NYC Hotel are absolutely not to be missed. Among the novelties of Manhattan, there is the luxurious Equinox Hotel Hudson Yards with its Electric Lemon restaurant, featuring an outdoor terrace and a separate area with swimming pool from which to admire the Vessel. This spring, the rooftop of the Moxy East Village will also open, a relaxing space with eclectic furnishings. We close by recommending the Roosevelt Island Tramway, the funicular that runs under the historic Queensboro Bridge connecting Manhattan with Roosevelt Island. Nothing better to take a postcard picture of the East River.
Credits @NYC & Company 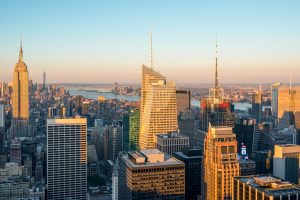 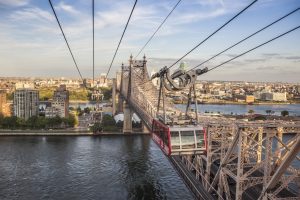