Journey into the new Ramen Misoya Milan to discover the taste of traditional Japanese cuisine. And really tasty. 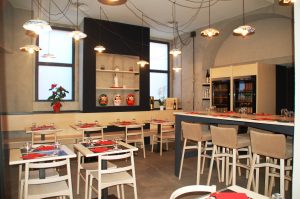 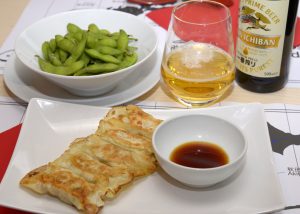 Let’s face it: it’s not the usual soup, despite appearances. Because the ramen is something more, much further: it is Japanese culture, although imported long ago from China. And above all it is a way of eating really delicious which reveals that there is life beyond the sushi, on the Rising Sun tables. And then, so  the arrival of Ramen Misoya Milan (in via Solferino 41) is welcome in Milan. It’s part of a chain already active in various parts of the world and in New York and Montreal won the pages of the Michelin Guide. Let’s face it: going on like this and even Milan can reach them. Because the chef Kenji Kouno, arrived from Tokyo, offers four types of ramen, from the “version” of Hokkaidō to the Tokyo ramen plus two vegetarians ones. And the distinction of Misoya, compared to other restaurants of this kind, is that the raw materials are imported directly from Japan. And guests feel it. In practice: you sit at the table and in addition to a series of entry-watering dishes – from Gyoza, the grilled ravioli, the takoyaki, fried dumplings with octopus, through the Crostini Misoya and much more – here comes  the “soups” in which you can find the miso, or the fermented soybean paste 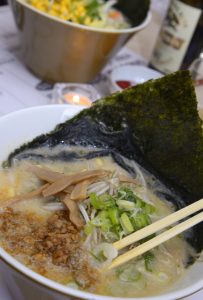 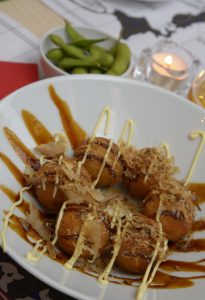 put  in abundance in the broth that for this reason becomes more opaque, as well as particular thick and curled noodles. The test was carried out by tasting a bit ‘all, but in fact after you choose one of the available ramen you find a mug so abundant that it is hard to get to the end. But you get there because it is good. And then, on the menu there is the Ramen Normal (which also has a version with three pieces of Cha-Shu that are grilled slices of pork), the Yasai Ramen and you add assorted vegetables (cabbage, carrot, onion), the Spicy Ramen with spicy specialties of Miso paste. All the ramen start already with miso ramen, chicken broth and pork, ground pork, bean sprouts, green onion, the Tokyo version also provides Nori seaweed and bamboo shoots. The vegetarians ones are the Hokkaidō version with miso, seaweed soup broth, Noodle, gaskets with bean sprouts, green onion, cabbage, carrot, bamboo shoots, and the Tokyo ones with miso, seaweed soup of broth, with sprouts seals soy, green onion, cabbage, carrot, bamboo shoots, corn, Nori seaweed. All tasty and this is a real discovery , in a calm and polite environment, as Japanese people  teach. Who can transform a soup into something to enjoy with pleasure. 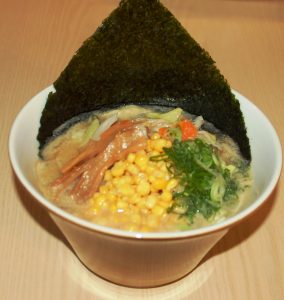 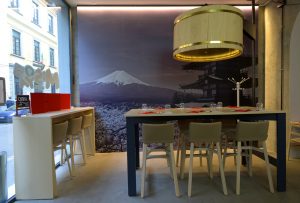